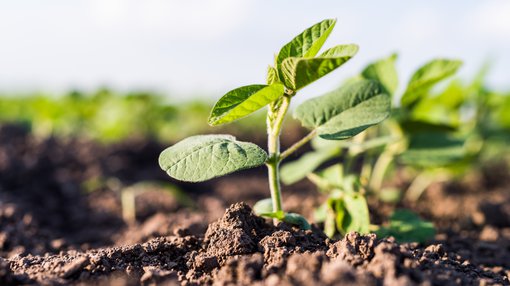 Gypsum is considered as one of the best soil conditioners as it is both natural and mineral. Soil Conditioning is deemed as an effective method to change the chemical and physical condition of soils in order to gain more plant fertility.

Agricultural gypsum believed to be a farmer’s best friend is rich in calcium and sulfate. These vital nutrients help balance essential elements in both soils and plants.

Why Apply Gypsum to Soil?

When applied within limits, Gypsum as a soil conditioner protects soil from damage from deficiency and presence of excessive nutrients. Additionally, it eliminates problems due to low and high pH as well as heavy metal contamination. When used along with organic matter, calcium is known to enhance soil structure more effectively.

Gypsum can recover high sodium or sodic soil when applied on the soil having high ratio of exchangeable sodium and a lose structure. Soil compaction reduces air and water penetration and thus root growth retards. Also, water ponds on the surface of sodic soils or easily run off.

In order to reclaim sodic soil, gypsum soil conditioner is added to soil and water is applied. Soon, sodium ions that are attached to soil particles will be replaced with calcium ions. Thus, these sodium ions are leached into soil. Topsoil becomes porous and makes it a supportive factor for root growth. Next time if a farmer or agriculturist doubts for the presence of sodium ions in the soil, go for leaching treatment with gypsum for soil conditioner.

Often people opt for compost as organic matter if there’s compacted soil. Gypsum can be used to replace organic matter that is when soil crumbs & aggregates, it gives structure to soil by amending it with calcium.

Why Gypsum Soil Conditioner is better than organic matter and limestone?

Leaching from salt-free rainwater enhances acidity and reduces soil’s salinity. This may result in loss of physical structure of soils due to presence of extra organic matter. If it is corrected using limestone, it may prove beneficial but not to a large extent as it doesn’t provide calcium ions to the soil.

However, among others, agricultural-grade gypsum protects soil from compaction and many other types of degradations in areas where there is poor quality of irrigation water. Thus, agricultural gypsum is the best way to add calcium to soil that is vital for plant as it doesn’t alter pH of the soil.