Effect of Gypsum on Improvement of the Nitrogen, Phosphorus and Potassium in Leaves and Seeds under Salinity Stress

Home / Uncategorized / Effect of Gypsum on Improvement of the Nitrogen, Phosphorus and Potassium in Leaves and Seeds under Salinity Stress

Effect of Gypsum on Improvement of the Nitrogen, Phosphorus and Potassium in Leaves and Seeds under Salinity Stress 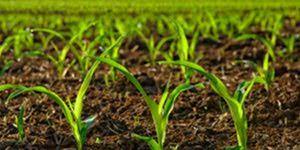 Saline irrigated water causes an increase in osmotic pressure, an imbalance between nutrients, and toxicity of some particular nutrients, thus restricting plant growth. Salinity shifts the selective absorption of ions by the roots and even reduces their movements in the plant. As the salinity of irrigation water rises, the accumulation of sodium (Na) in plant leaves increases, but the amount of phosphorus (P), potassium (K), and magnesium (Mg) decrease. The results of some studies have shown that the amount of nitrogen (N), phosphorus (P), and potassium (K) in the leaves of the plant decreases with increasing water salinity. Irrigation of fields with saline and alkaline waters has terrible effects on soil quality so that they will be unusable after several years. Using soil modifiers such as gypsum, the extent of these adverse effects in saline soils can be reduced. Calcium (Ca) deficiency in the plant is eliminated by adding gypsum, which increases this element in the soil. Ca also prevents the destruction of root cell membranes and increases N metabolism and photosynthetic activity of plants by reducing Na absorption and increasing K absorption, thus increasing the ratio of K to Na. Reducing the destructive effect of salinity on plant growth is another effect of Ca. Sulfur can also be used to reduce the impact of salinity, which reduces the ratio of Na to K and improves the absorption of P and K. The results of some studies have shown that the use of gypsum increases the amount of three nutrients N, P, and K in the leaves. The use of sulfur and organic matter also causes the absorption of P and K and the percentage of protein in the plant.