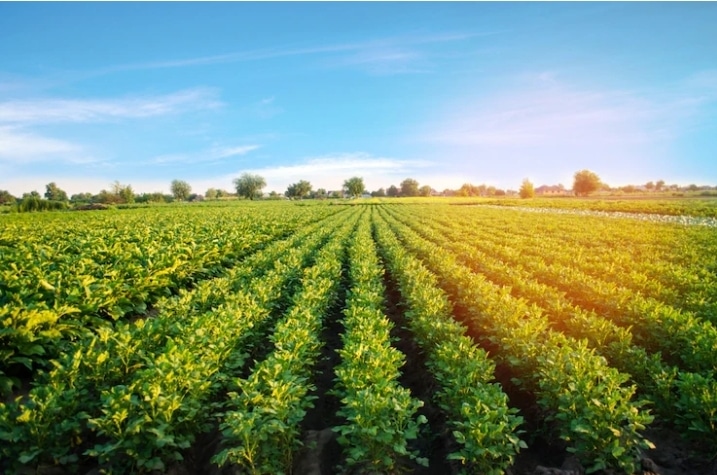 Application rate of agricultural gypsum as calcium and sulfur fertilizer

As mentioned at the beginning, gypsum is an excellent source of calcium and sulfur. Sulfur is a nutrient that is also often deficient in the soil due to a combination of factors, these include increased crop yields that translate into higher rates of sulfur extraction from the soil, reduced sulfur inputs as a by-product in fertilizers and decreased deposition of Sulfur from the atmosphere.

If gypsum is applied in order to provide calcium to crops with a high demand for this nutrient, the rate would range between 1 to 3 tons/ha.

A practical recommendation to know if the soil can physically benefit from the application of gypsum is to take a tablespoon of soil and about 15 mL of distilled water; place them in a tube, shake them and then let it sit for more than two hours.

If the upper liquid remains cloudy after two hours, it is very likely that the soil will respond favorably to a gypsum application. Gypsum application rate to improve soil physical properties generally range from 1.0-5.5 ton/ha.

Forms and time of application of agricultural gypsum as calcium and sulfur fertilizer.

The application method will depend on the intended purposes.

In general, the gypsum can be applied in solid form or dissolved in the irrigation water as calcium and sulfur fertilizer, as long as the powder is fine enough. When powders or granules are used, they can be applied directly to the soil surface using spreaders.

On the other hand, if the intention is to get the gypsum into the subsurface as quickly as possible and if there is a need to prevent and reduce erosion, the gypsum should be irrigated immediately after application.

The time of application is also defined according to the benefits sought, although in reality the gypsum can be applied at any time of the year.

Fall applications are usually favorable relative to other times, as the fields are generally drier and allow the gypsum spreading equipment to pass through the field without damaging the soil, plus it gives time for all the reactions to take place in the soil so that next year’s crops can take better advantage of the application.

In many cases, the dissolution of gypsum in irrigation water is a recurring activity. However, for the gypsum to go properly in solution, it must be finely ground. Gypsum applications through irrigation water offer several benefits, among which are: 1. Increased solute concentration of irrigation water to improve water infiltration into the soil; 2.

Decrease in the sodium absorption ratio (RAS), so that water does not contribute to soil sodicity; 3. Supply of soluble calcium to fruit crops and other plants, avoiding problems such as blossom-end rot in tomatoes and bitter pit in apple trees; and 6. Increased uniformity of gypsum application.